Gerald Tabata is a self-taught artist, who was born in 1975 and spent his childhood in Khayelitsha, CapeTown. He was enamoured of art from a young age and was trained in a variety of disciplines including sculpture, photography and painting, which he took to immediately. Tabata participated in the Community Arts Project (CAP) between 1988 and 1990 where he received further mentorship and training and became an artist in residence at Greatmore Studios in 2004, where he participated in a number of group exhibitions. He also took part in the Thupelo International Arts Workshop in 2006, collaborating with local and international artists as part of a creative cultural exchange programme. Tabata has exhibited in South Africa and internationally. 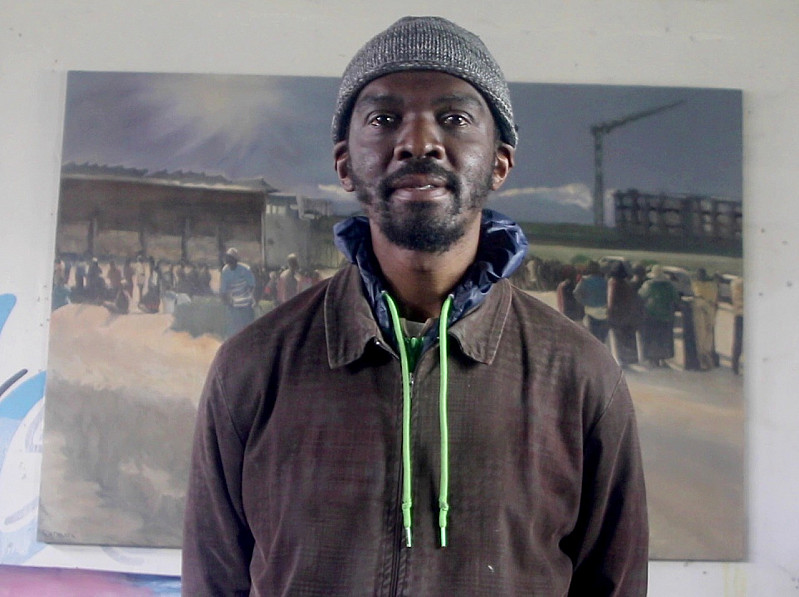